Jeff Simon skates past Simon Cho from the outside in the Men’s 1000 meter event for the 2010 U.S. Championships at the Utah Olympic Oval in Kearns on Sunday. (Mike Terry, Deseret News)

KEARNS — Simon Cho was 70 points ahead going into the final race of the U.S. Championships Sunday afternoon.

And then, as it often does in short track speed skating, a mistake by one athlete cost him the race. Ryan Bedford, who was disqualified after the race, caused a collision between himself and two other competitors. Jeff Simon narrowly avoided the crash that sent two skaters into the pads, but Cho fell because of it.
.

After pulling away from the pack, Katherine Reutter skates alone in the women’s 3000 meter event at the 2010 U.S. Championships at the Utah Olympic Oval in Kearns on Sunday.
Mike Terry, Deseret News

“It happens in short track,” Cho said with a shrug. “The real battle was between me and Jeff.”

So Cho’s plan was to watch Simon and plan his strategy around Simon’s moves. And then the collision happened right in front of him, causing him to wreck as well.

“There was a split second where I thought I had cleared it,” said Cho, who made the World Cup team and finished second behind Simon in the standings. “But unfortunately, three guys fall in front of you, there is not much room to maneuver.”

For Simon his first National Championship was sweeter after a disappointing — and painful — year. He narrowly missed making the 2010 Olympic Team and then he broke his back when another skater pushed him and he crashed into the wall surrounding the ice.

“I honestly just wanted to get those points,” he said of the final race in which Cho crashed, the 3,000-meter race. Simon finished fourth, while Cho was seventh. He felt for Cho getting tangled in the crash, but knew all he had to do was stay on his feet to earn the U.S. title.

“I just had to finish,” he said. “Now I just want to continue this momentum. I’m very pleased, very happy.”

To be the national champion after 11 weeks in a back brace and missing out on three months of training is just the kind of vindication Simon was hoping for this weekend.

“I’m exhausted from racing,” he said, “from pushing my body to its limit. I had to dig pretty deep.”

Simon and Cho are friends off the ice and said they enjoyed battling it out physically and intellectually.

“You only get smart by playing smarter,” said Simon. Cho was happy to see Simon win the title after a tough year, and took the fall in stride.

“I felt like I was at the top of my game,” he said. “It all came down to that last race. Falls like that happen all the time in short track. Every athlete just has to take it in stride.”

On the women’s side, Katherine Reutter continued her dominance with a win in both the 1,000-meter race and 3,000-meter contest. She put on a show in the 3,000-meter race when she took off nine laps into the race and eventually lapped the pack. She hung near the back of the group for the remainder of the race, finishing a full lap ahead of second place.

Jonathan Garcia skates to a first place finish in the men’s 3000 meter event in the 2010 U.S. Championships at the Utah Olympic Oval in Kearnon Sunday. (Mike Terry, Deseret News)

END_OF_DOCUMENT_TOKEN_TO_BE_REPLACED

US Championships Update…and Other Stuff…

.
More Kudos today for Morgan Izykowski and Kyle Uyehara as the coaches pick for the last spot on the National Team. Congratulations to both of you!

OK, here’s the info on the 3000m I couldn’t find yesterday. (Thank You Tony Chung…more on him later)

(Chris C, if you DNS due to injury and I missed it, please accept my apology in not wishing you a speedy recovery with the other skaters! Heal fast and heal well! And to any skaters I may have missed on that account… you do the same!

But on to other news….

Tony Chung has been great on keeping us unfortunate souls who can’t make it to the competitions updated with tweets and WOW! …can you imagine???…VIDEO! Actual live moving pictures!

But that costs money.
Lest Tony think we don’t appreciate, love and adore him, please go to his site and donate whatever you can to keep these little pieces of heaven available to us.

And here’s the link (FYI- note that Internet ‘Exploder’…er, I mean Explorer, is testy with this page, so I recommend you choose a different browser when accessing it):
http://www.shorttrackhd.com/Donation.html

ALSO: Anthony Lobello made another National Team, and his friends set up a donation page for him.

Here’s the link so you can help Anthony keep doing that thing he does:
http://www.goforgoldlobello.com/
.
.
…and Anthony, you might want to get this link set up permanently on your Facebook page…(or gasp!)…consider attaching a fanpage there too! It’s super easy – and free! (Hey, just sayin’…)

Jordan Malone, wherever you are – We Miss You!!!

Congratulations to both Jeff Simon and Katherine Reutter on winning the National Title. You Rock!

Congrats to Sarah Chen and Jonathan Garcia for making the National Team for the first time. (my understanding is that the 5th spot is discretionary on the part of the coaches)

Congrats to the other skaters that made the National Team:
Simon Cho, Travis Jayner, Anthony Lobello, Lana Gehring, Jessica Smith and Emily Scott.

.
The men’s 3000m was a wild ride, and if I could find results anywhere for either the ladies or men, I’d post ’em. Kyle Carr, Simon Cho, Travis Jayner and Ryan Bedford all took a tumble, leaving the door open for Anthony Lobello and two other skaters (Jonathan Garcia and Kyle Uyehara perhaps?)

This apparently isn’t for points, but it would be nice to give the skaters who did this grueling long distance race their due.

For more results, go here to the USS site:
http://usspeedskating.org/

Anyway…Congrats to all the skaters wherever they placed. Watching you skate is always a thrill. Safe travels to all, and to all, a Happy Holiday Season with your family and friends. 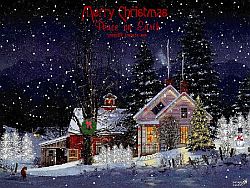 For helmet numbers so you can figure out who you’re watching in each race, go to USS link here:

These are the standings as of Saturday night.

To see how all the skaters fared during each round, go here on US Speedskating’s site:
http://www.usspeedskating.org/pdf/results/129272257721609_1500MeterResults.pdf

Aly suffered a horrible fall and it looked like she had a very ‘Close Encounter of the Sharp Kind’ with Katherine’s blade, which sent her a tumbling down too. Rumor has it Aly dislocated her shoulder….which is why she didn’t finish.
Hope all is well, Aly.

Racing starts again on Sunday at 10am Mountain Time

Scroll down to Friday’s post for all the links to Tony Chung’s live feed and follow along on the spreadsheet. (And he takes donations

.
And…they’re off! Make sure to see Jerry Search’s photos from Day 1 Time Trials.

My information is that skating resumes at the Utah Olympic Oval today (Saturday) at 3p.m. Mountain Time…but don’t quote me on that.

YOUR FRIEND IN HIGH PLACES

WordPress.com is the best place for your personal blog or business site.